Your Browser Is Incompatible

You are seeing this message because we have detected you are using Internet Explorer 10 (or older) to browse our site. Unfortunately, this means that your browser is too old to display our site properly and that certain areas of the site may display incorrectly or not at all. Please upgrade to the latest version of Google Chrome, Mozilla Firefox, Internet Explorer, Microsoft Edge, or Apple Safari in order to view this site.

Beware of Low Airflow in Your AC 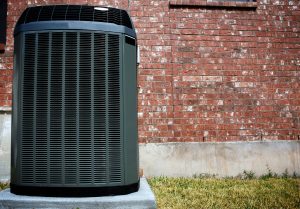 Air conditioners get put to the test every summer, and this year looks to be no different. Temperatures are already high and will probably remain so well into September and October. If a problem arises in your air conditioning system, you need to get it treated immediately before it affects your system’s ability to function.

Among the more common symptoms of a problem with your AC is reduced airflow coming from the vents/ It may not sound like a big deal, but it can cause tremendous problems, and should prompt you to seek professional repair services. Why is it a problem and what are the possible causes? We’ve provided a brief outline below.

Low airflow can stem from a large number of possible issues, which is one of the reasons why you should never attempt to diagnose or repair the problem yourself. Generally speaking, however, low air flow results from one of two basic issues:  either something is blocking the flow of air or something is affecting the mechanism driving the air.

Blockages in the ducts and other issues usually come from a build-up of dirt in the system, especially on the filter which catches dirt and hair. In some cases, it can also stem from damage to the ducts such as crimps, or leaks or breaches which can pull hotter air into your system.

In the case of the power pushing, you’re likely looking at something in the fan mechanism. In most cases, it involves the fan motor: either from a problem with the motor itself or an issue with its power supply, such as a frayed electrical wire. In some cases, it can also involve the fan itself, either because it is bent or broken, or because there’s some problem with the fan belt.

Why It’s a Problem

Low airflow can be difficult to detect, though you can spot it by checking the output from your vents. You can also notice it by looking for unexpected spikes in your air conditioning bill, especially if you haven’t used your air conditioner more often than previous summer months. (That’s usually a good reasons to call in a repair technician regardless of the actual causes.)

Higher bills highlight the essence of the problem with low airflow. It forces your air conditioner to run for longer periods of time to cool your home, which wasted energy and causes your monthly bills to go up. Furthermore, it puts a huge amount of strain on your system, and if left unchecked can result in a more serious breakdown requiring a lot more money to fix.

Even worse, low airflow often means that cool air stays trapped in the system itself. This can cause ice to form on the coils and other serious issues, which can result in significant damage to your system.

If you spot low air flow in your air conditioner, turn it off immediately and call A Professional Heating & Air right away. We provide quality air conditioning repair services throughout Mandeville, LA.